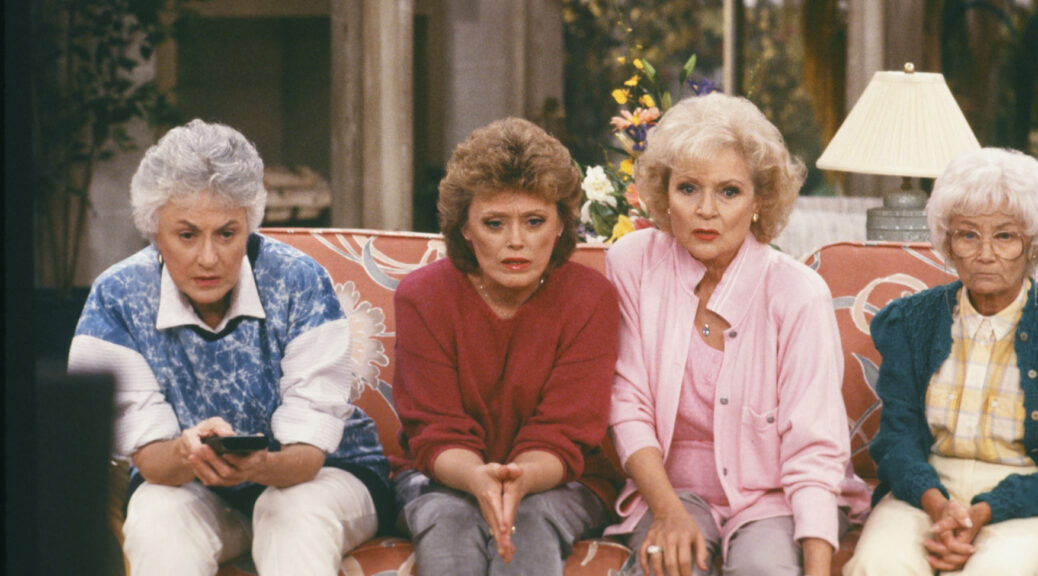 My life has been immersed with The Golden Girls this year. While this differs little from my life any other year, it’s taken on considerably more heft since January. If you know me, follow my social media presence, or have looked around this website, you probably already know the following:

I recently signed a contract with Globe Pequot, a division of Rowman and Littlefield, to publish what I tentatively titled Isn’t Danny Thomas One? The Definitive Golden Girls Reference Guide. The title could very well change as I navigate the editorial process. The target audience will get it. But is it too specific for the casual fan? We’ll figure that out later.

Anyway, I’d been percolating this idea for quite a long time. If you’ve seen even one episode of The Golden Girls, you’ve undoubtedly heard a joke referencing a person, company, event, product, etc., that gets big laughs from the studio audience but, if you’re younger than, say, 35, you very likely haven’t the foggiest idea what they’re talking about. Wouldn’t it be nice, I said to myself, if there existed a book that explained all of these references? Like a Golden Girls pop culture encyclopedia! So I pitched it to my agent in January. He believed in the idea and urged me to write a book proposal. (That’s generally how it’s done. If you’re writing a novel, you write the novel and sell it. If it’s non-fiction, you write and sell the proposal, then write the book itself.)

Now, if you’ve never written a book proposal before, one of the common components in the pitch is to convince a potential publisher that you are in fact the person to write this book. If I were writing a book about marine biology, I would discuss my credentials as a marine biologist. So what qualifies me to write a book about The Golden Girls? I’m not a Golden Girl. I wasn’t involved with the show. I’m not Bea Arthur’s grandson. I was all of 12 years old when the show ended in 1992.

But we sold the book in a matter of weeks, so the concept, coupled with my supposed qualifications, must’ve been enough. While I didn’t go into all this detail in the proposal, I did seriously ponder what I felt qualified me to be the person to write the book, so I thought I’d elaborate here.

Without further ado, here’s why I feel more than qualified to consider myself a Golden Girls expert.

So while I never imagined I’d parlay my Golden Girls love into a book, I’m sure the other writers who authored Golden Girls books, or the hosts of Golden Girls podcasts or what have you, ever thought they’d do those things either – until they did them. Hell, when I taught myself HTML code at 17 to make an Empty Nest website, I never imagined I’d someday be on the phone with Park Overall hearing about Bea Arthur’s love of dirty books.

I’d never be so presumptuous as to proclaim myself the world’s biggest Golden Girls fan or expert or whatever you want to call it, because I’m sure there are plenty of folks who can make such a claim, but I’m pretty confident I can do this book justice. And I’m working hard to be thorough.

Now, I’ll happily express humility with the Girls, but if any of you even think of proclaiming yourself the biggest Empty Nest fan out there, I will fight you. I mean, I’m pretty much an honorary Weston after all.

One thought on “What Qualifies You to Write a Golden Girls Book Anyway?”