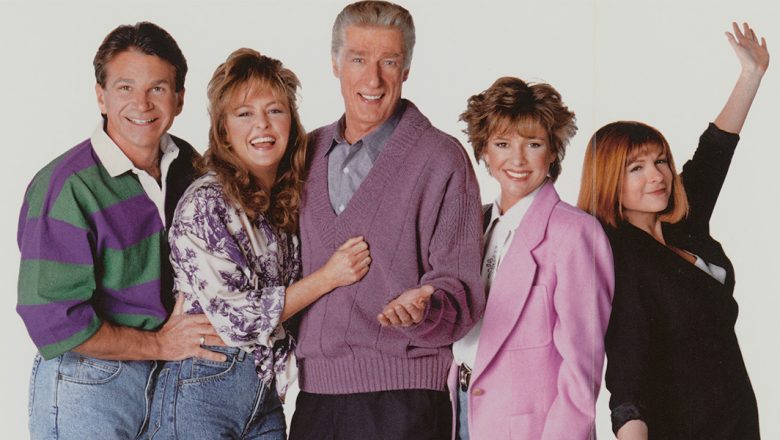 I was recently corresponding with one of the hosts of the Enough Wicker podcast, who admitted to having never seen an episode of The Golden Girls spinoff series, Empty Nest. I can’t say I was terribly surprised. The reasons for this could be plentiful.

So for many Golden Girls fans, their only exposure to Empty Nest is when the characters appear at the girls’ front door, which is a shame. In its prime, Empty Nest was actually one of the most-watched series on television. Richard Mulligan won an Emmy for playing Dr. Harry Weston, and Park Overall was nominated for multiple awards as Laverne. The show itself was once up for Best Comedy Series at the Golden Globes, and beginning with its third season (The Golden Girls’ sixth season), Empty Nest became and remained the highest-rated show on Saturday nights, which helped lead to its own spinoff series, Nurses. Garth Brooks even chose the show to make his acting debut in 1991.

Getting back to my original point, I began to wonder what episodes I would recommend to a Golden Girls fan looking to sample Empty Nest. The easiest introduction would be to pick out some of the crossover episodes, especially the ones that tie directly back to an episode of The Golden Girls and may, at long last, answer some nagging questions for fans.

So, here are 6 Empty Nest episodes every Golden Girls fan should watch.

At the end of The Golden Girls episode “Yokel Hero,” Harry and Dreyfuss stop by to drop off the girls’ mail and, after he leaves, the girls discuss the fact that an appropriate amount of time has passed since his wife died and, therefore, he’s back on the market. Blanche is especially eager to reintroduce him to the dating scene. This episode aired immediately after that one in 1988, and sees Blanche relentlessly throwing herself at Harry. It’s a very early Empty Nest episode. Carol and Barbara are yet to move back into the house, which they didn’t do until midway into the first season.

Both Rue McClanahan and Bea Arthur made one crossover appearance on Empty Nest, and this is Bea’s. The episode sees Barbara falling for Dorothy’s nephew (presumably Gloria’s son, but it doesn’t factor into the plot). When the relationship sours, so does the friendship between Harry and Dorothy. I like the interactions between Bea and Richard. That may’ve actually been fun to explore more, but it never happened. And there’s a great exchange between Dorothy and Laverne, two tough-as-nails characters.

While Betty White’s other crossovers were cameos, this episode has her central to the plot when Harry gets into a car accident with Rose. It’s the episode’s B-plot, but she still gets plenty of screen time and arguably the episode’s biggest laughs, especially – again – in her interactions with Laverne at the hospital. (If you don’t know, Laverne was a breakout character on the show. They even toyed with a spinoff for Park Overall at one point.) The main plot deals with Carol, who becomes a media darling after stopping a robbery while her cop sister, Barbara, stands by.

Ah, NBC’s infamous Hurricane Saturday event, when a storm pounds Miami and characters from The Golden Girls, Empty Nest, and Nurses (which has now entered the picture) pop up on one another’s shows with the interwoven thread of the storm. Carol was on Girls, Sophia was on Nest, and Rose and Laverne were on Nurses. This year was peak Empty Nest, and this particular episode drew massive ratings (perhaps helped even more by the previous week’s Garth Brooks episode). Of the three shows, this episode has the most consistent laughs, not to mention special effects, as the storm is in full force here. The plot sees Harry deciding to sell the house when his dream home comes on the market, and Laverne braces for a visit from her overbearing mother-in-law (played by Ann Guilbert of The Nanny).

A few months after the success of Hurricane Saturday, along came Full Moon Saturday, another round of interwoven crossover appearances, this time with the thread of full moon madness. And once again, Empty Nest delivers with the biggest laughs of the night. The plot sees Harry behaving very strangely after taking some new medication, but Laverne is quick to attribute his erratic actions to full moon fever. Richard Mullligan was known for his zany brand of physical comedy during his years on Soap, another Susan Harris creation, but Harry was much more of a straight-laced character, so this episode lets the actor play, and it’s fun to see. Meanwhile, the B-plot is a bit of a gimmick. Barbara hires a mysterious handyman who bears an uncanny resemblance to…Dreyfuss. And when she’s unable to catch the two of them together, she begins to wonder if they are one and the same.

This late-era episode may be a little unsettling for Golden Girls fans. After Kristy McNichol left the show in season five, Empty Nest struggled to find its balance (and arguably never did). For its sixth season, Harry and Laverne were moved from the hospital to a struggling inner-city clinic led by Dr. Maxine Douglas (played by Night Court’s Marsha Warfield). And, to fill the McNichol void, Estelle Getty was brought on as a regular since The Golden Palace had failed to get a second season order. The explanation for Sophia’s return to the neighborhood was that she’d moved back into Shady Pines. This episode actually shows us what the long-referenced nursing home looks like – and it’s the same set used as the home of Max Weinstock from The Golden Girls! The plot has Laverne working at Shady Pines, and she becomes unwittingly embroiled in a love triangle with Sophia and Sophia’s lecherous boyfriend. Brace yourself: the boyfriend is played by none other than Bill Dana – Angelo from The Golden Girls! So that’s…weird. But that’s not all. Other Shady Pines residents will look familiar, too. Keep your eyes peeled for Sid Melton (Sal Petrillo) and Phil Leeds (Guido Spirelli). There’s also a B-plot involving a housesitting battle between Charley and Maxine, but let’s face it: Girls fans are here for the Shady Pines action.