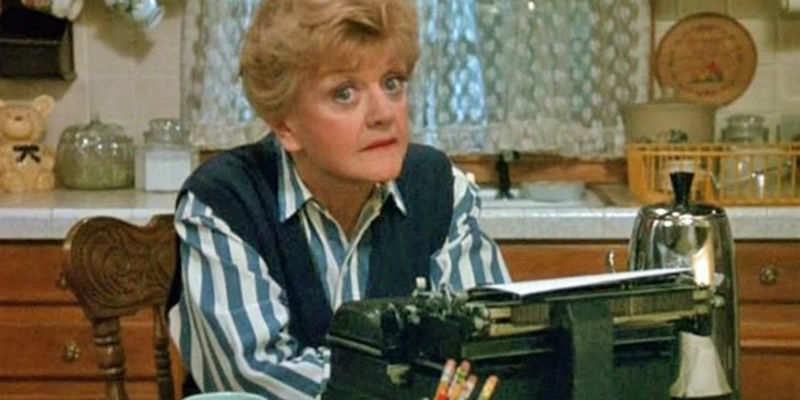 I was recently discussing with a friend guilty pleasures in terms of entertainment – books, music, television, etc. The fact is, there isn’t too much entertainment I consume that I feel guilty about. I don’t shy away from my love of old sitcoms, folk music, and, as I’ve often been told, things little old ladies would like.

In fact, the older I get, the more abundantly clear it is that I inherited a lot of my personality traits from my two grandmothers. My mom’s mom was perhaps a simple country woman (not simple as in intelligence, more in lifestyle) who sat around in her housecoat smoking cigarettes and feeding Cheetos to her lap dog. My dad’s mom, conversely, was more the southern dame type, who drove a gigantic Oldsmobile, wore church hats, and was an active member of the local woman’s club. The former loved game shows and The Golden Girls; the latter devoured Agatha Christie novels and was a faithful Murder, She Wrote viewer.

And I love all four of those things.

In fact, in terms of my reading habits, I suppose if I were to classify something as a guilty pleasure, it would be my love of cozy mystery novels. From Hercule Poirot to Sherlock Holmes, Armand Gamache to Cormoran Strike, I do love a good whodunnit. And I suppose it doesn’t get much cozier than the book series based on the Murder, She Wrote TV show: my choice for guilty pleasure read.

For you youngsters, Murder, She Wrote was a series that ran on CBS from 1984 to 1996 and starred Angela Lansbury as murder-mystery writer Jessica Fletcher. Each week, Jessica found herself surrounded by a dead body and a roster of suspected celebrity guest stars of varying degrees of impressiveness (Vicki Lawrence, Bert Convy, Kristy McNichol, virtually the entire cast of WKRP in Cincinnati at one point or another, to name a few). By the end of the hour, Jessica’s busybody butting-in and deductive reasoning skills would solve the murder before the frustrated and occasionally bumbling police detective of the week.

Back in the nineties, a series of novels emerged based on the show, penned by the fictional Jessica Fletcher along with Donald Bain. I discovered them when I was about 16 and started reading them (which should tell you everything you need to know about teenage me). Each book was essentially an episode of the show in novel form: Jessica is off on some adventure – visiting relatives, vacationing, publicizing her latest novel, or occasionally just strolling around her New England village – when the inevitable dead body turns up. Just like the series, the cases in the novels aren’t all that electrifying, the murders hardly detailed in gruesome or violent fashion, and the prose not necessarily eloquent or terribly prolific. But that isn’t to say they aren’t enjoyable. With titles like A Little Yuletide Murder and A Fatal Feast, they’re like literary chicken soup or hot chocolate – warm and cozy and a way to escape for a bit into an interesting yet stress-free little story.

Despite the show having ended two decades ago, the book series continues to this day. Donald Bain died in 2017 after having written more than 40 books in the Murder, She Wrote series. Jon Land has since taken over. I’ve read the series on and off for years and have recently rekindled an interest when finding a bunch of the books on my bookstore hunt. Revisiting Jessica has made for a lovely escape from the real world.